I never planned to work in agriculture my father is a farmer but it simply wasn’t something I had ever considered.

Growing up in a rural village in Lincolnshire with my Mum, Step Dad and three brothers, I was busy getting myself into mischief and trying to be noticed. That’s not something that happens a lot when you’re the youngest of four boys and your twin has a severe physical disability. Not that I believe any of that is a bad thing, I don’t think I would have liked being the oldest, way too much pressure to conform and do everything that you’re told.

The only real interaction I had with agriculture whilst growing up was with my stepdad, who was an agronomist. I used to love riding around with him, visiting all his customers and their farms, walking through the fields. It was so much fun I LOVED it. He did too especially singing to Queen and Meatloaf on full blast in his car and using me as an excuse for not having a packed lunch.

I never really struggled to come out. I was aged 14 in 2008 at a Church of England school with no other out LGBTQ+ students, I didn’t think it was a big deal. I told a few friends and, after that went well, I knew I wanted everyone to know. So I took the decision to tell a friend who I knew absolutely could not keep a secret.

I would like to say that was that and it was all done but that wouldn’t be telling the full story. It was massive gossip for a week or three but after every single student (and a few members of staff) had come up and asked whether it was true, the big deal of Ben being gay went away. That was until my lovely head teacher told me that if I wanted to be gay, I couldn’t do it in his school. Well I was gay, very out and very much at his school.

At the same time, I came out everyone in my family. It was never really an issue for me. I had a very brief phone conversation with my father and I guess it was a big shock for him. When you come out it can be a surprise to family or friends and not everyone necessarily reacts the way you hope they will.

Move forward a few years, I was 19, recently out of a three-year relationship and looking for a job. I thought “What I do with a qualification in business?” That is about the least directional further education course possible – probably why I chose it in the first place, if I’m honest. So, looking for a job, what next? My father asked me if I would temporarily help him out on the farm for six months.

This was a great idea, I thought. I was desperate for a job and he needed some help. Everyone’s a winner. The thing that I haven’t mentioned is that we hadn’t spoken for three years but with my ‘Let’s go for it, what’s the worst that can happen?’ attitude, I said yes.

And really what was the worst that could happen?

I started working for my father on the farm and it was great for a start. I thought “Wow, this is really something that I want to do.”

I took on more responsibility and by the time I left the farm last summer I had gone from not having driven a tractor much to being responsible for all the drilling, fertiliser application, driving the sprayer and (the best bit for me) being in the office. I was looking after Gatekeeper, all the cattle movements and crop and beef assurance. My father really wasn’t a fan of office-based farm life and I bloody loved it so that worked very well.

By the summer of 2018 I really wanted a new challenge and started looking for a new job. I had enjoyed my first job in agriculture so that’s where I started to look. I had a few months looking which was a very nice change, having time to sit down and really think about what I really wanted to do.

I now I work for a business with two main enterprises – module plant propagation and growing, storing and selling potatoes. We grow and store 10,000 tonnes of potatoes each year and we produce in excess of 25 million plants per year – mostly vegetables – for farmers to plant. We also grow protected lettuce for supermarkets. My job includes selling potatoes to supermarkets and I head up new projects, so that’s pretty fun, as I have lots of ideas.

Back to more current affairs, another massive part of my life is Tim, my partner. He’s a hero, and that’s an understatement. We have been slightly on and off over the past five years, mostly on, but we have both been sorting out some complex emotions, and I think we have ironed out some creases before they become mountains we couldn’t get over. I really wouldn’t be where I am now without his amazing support!

Oh and talking of support. This is how it all started… Matt (my neighbouring farmer and, more importantly, bestie) and I were watching television and there was a feature on about gay farmers. To put it bluntly, it made being gay in the countryside sound very depressing. That isn’t a criticism of the farmer they were interviewing -everyone has their own story and this is real life not a fairy tale – but we said to each other, ‘Well that’s not how I feel. I bloody love working in agriculture and also bloody love being a gay man!’

So we decided together to do something about it and start an organisation to help all the LGBTQ+ people in agriculture. We want them to see that they are not alone and, more importantly, to show those who don’t feel it’s a safe, or even possible to come out, that there are many successful LGBTQ+ people working in agriculture. This is how Agrespect was born! 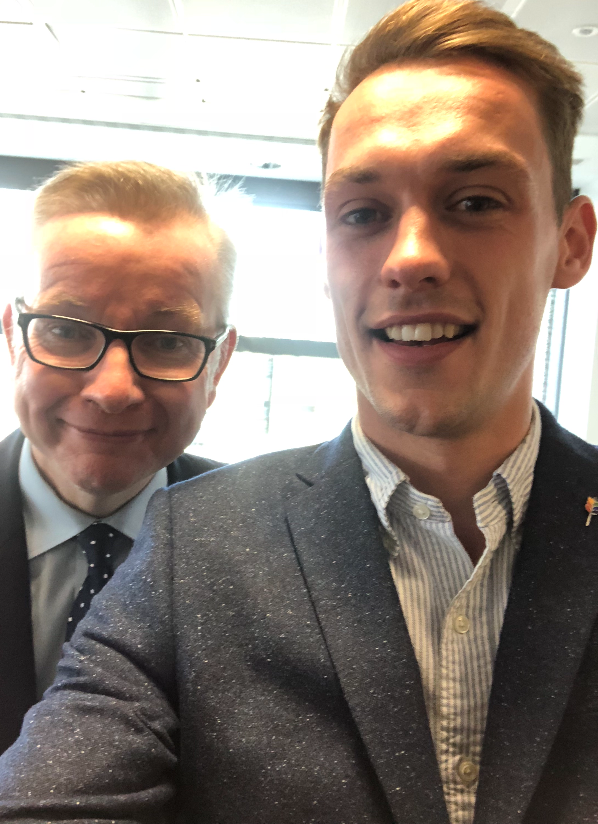 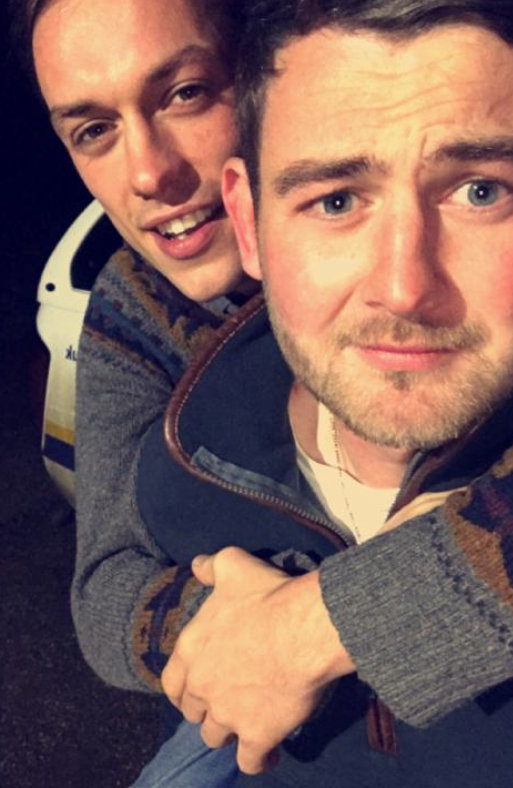