I’m Fabien, 27 years old, general farm worker on a dairy farm in Norfolk, England. Born and bred in France, I grew up on a small dairy farm in the mountains, with mum and dad, and my two older sisters.

I found out i was gay when i was about 10. And I guess, like every gay kid, going through the process of coming out is hard and long, but so satisfying once you’re done with it.

My parents are quite conservative, and homophobic (let’s use the right words and be honest) in the way that they wanted to have a son to run the farm, marry a girl, have kids, and keep the family name safe.

I’ve never told my parents face to face I liked guys, I’ve never had the guts to do it. So instead, at age 22, I wrote a letter, to tell them everything. To tell them I loved them, and tell them I wasn’t different, after all. Spoiler alert; their reaction was full of rejection and fear. They are still not talking about it, we barely speak to each other. I’m fine with that.

Let’s talk about farming shall we ? I studied agriculture and animal production, as it was the only thing I kinda knew and was interested in. Then I applied for an insemination technician job in southern France. The job consisted of doing AI on cows where ever needed. Which means every time the company needed someone in the Alps or in Aquitaine (south west), or anywhere, I had to go there. I absolutely loved it! As i could travel everywhere for free and was getting paid for that. What a deal!

I was shy though, really shy. Also insecure about my sexuality and my life in general, and I still didn’t really know what to do with my own damn life. One day, I had enough, I needed a change. I applied for a visa for New Zealand, sold my car, flew there, got a job on a dairy farm and started a new life. I didn’t know the country, the language (my English was so crap at that time), what  would I actually do on this farm..?

Turned out the bosses were from France and the whole team was french.
I was milking cows, moving the ladies paddock to paddock, was helping for the calving season (we had 1900 cows. Don’t go to the gym, just work on a farm, you’ll be alright).

I still needed to be more confident and wanted to explore the world. I then left the farm, drove across the country, met a few people… things started to finally get better. A friend of mine was doing an internship for a farming company in England. He told me i should apply for a job there, as the company was getting bigger and they needed staff to run the farms the had everywhere in the country. I applied by mail at 7pm, got the job the same day, at 9pm… (were they desperate for people? Lucky me!).

And here we go again, I flew from New Zealand to England, started a job as a second in charge on a dairy farm in Norfolk. The farm was brand new. The milking parlour was almost ready to be used. My manager and I had to do and set up everything: fences, tracks, daily routine…

At the same time i was dating a Canadian lad. He was working on a cruise ship and he wanted me to come with him, on the ship. I made the decision to leave the UK and go on the ship. We went to Canada, the US, the Caribbean, a few countries in Europe… him and I did that for almost 18 months. We then broke up, and I flew back to the UK, and worked again for the same company.

In 2020, the pandemic did hit us hard. I made the decision to leave the country and come back to France. I started a new job… as an insemination technician (AGAIN) between Lyon and Geneva. It was great and I learnt a lot! But I missed the UK so much that I drove back to England, and started this new job, for the same company I was working for back in the day. I’m working and helping for the calving seasons, the AI, and scanning as well, and I basically have 2 to 3 months off a year.

I still don’t know what I’m gonna do with my life, but I’m enjoying working with cows, being in England and being able to have a lot of time off and travel.

I’m now confident with my life and my sexuality, I try to be optimistic and positive as much as i can and I’m not afraid to show people who I am. 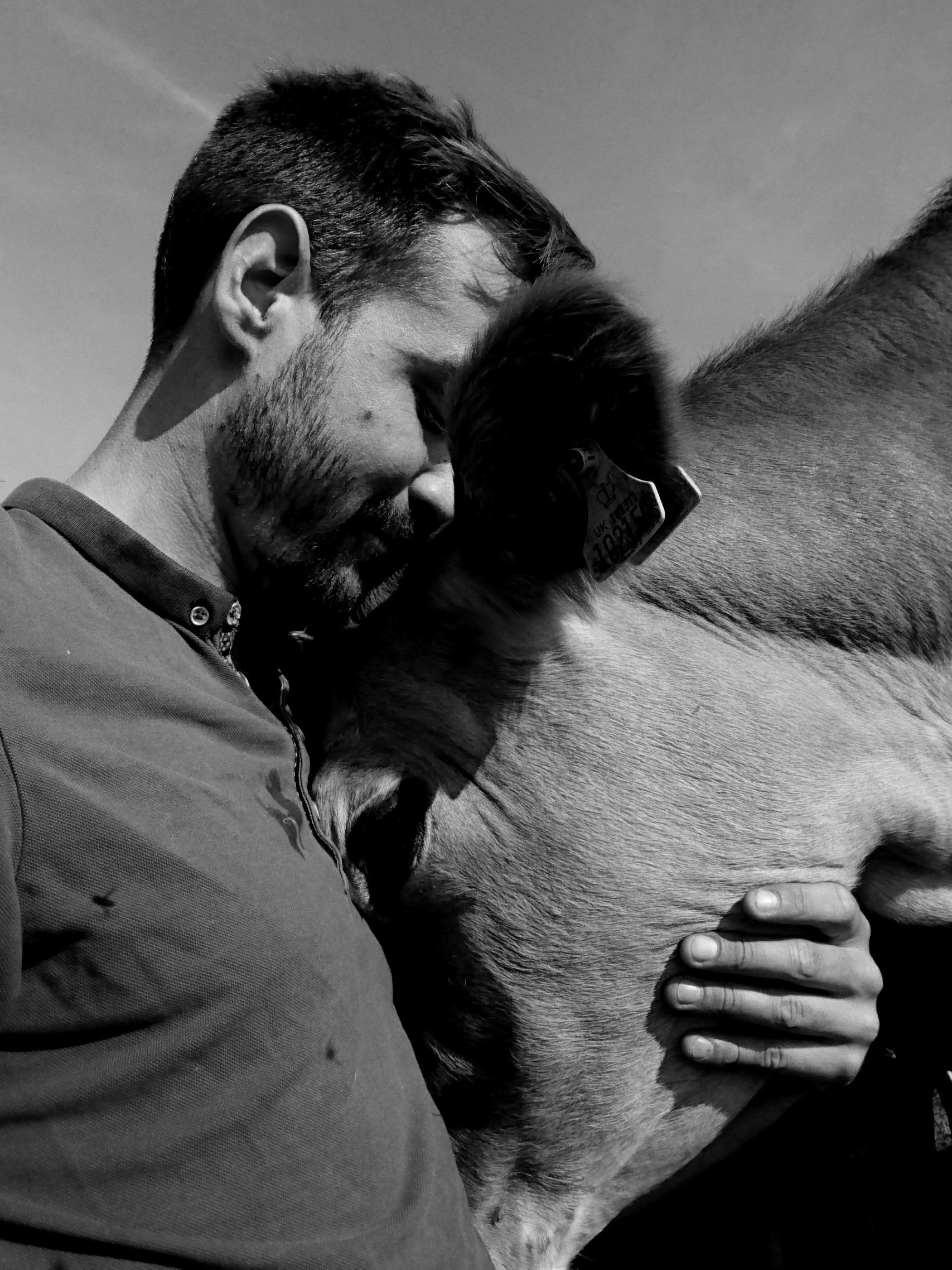 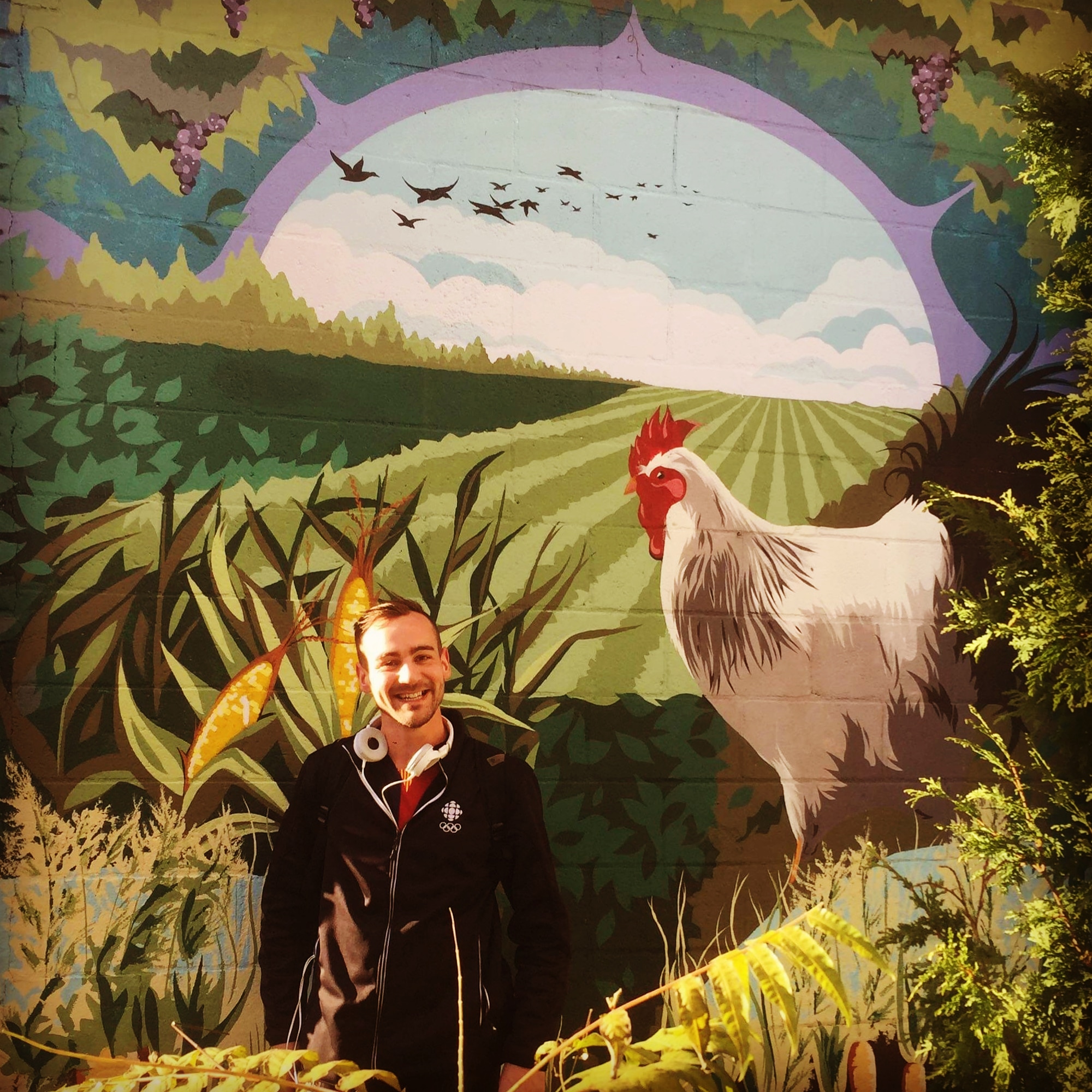