I think it would be fair to say that my life so far has been one of transitions and new beginnings.

I spent a number of years working as a professional Dressage rider, have tried my hand at being a musician and I have studied for two different degrees, in Animal Science and Commercial Horticulture. I have worked in crop production related research and microbiology and been involved in arable agriculture for 8 years now. I work for Frontier Agriculture as a Soil and Plant Health Specialist and am leading our work on sustainable crop production. I love working with farmers and agronomists and my work gives me a great balance between science and looking at how to actually make things work on farm.

I grew up in Northern Germany with my mom and stepfather. My dad lived in Spain and later Berlin, which equated to a fair bit of travel for me to see him from when I was very young, but also meant I got to spend some pretty wild times as a teenager in the Berlin of the early 90s… I left Germany when I was 19 and have lived in California and the UK since.

I believe one of the reasons for moving around and trying my hand at so many things was the feeling of being at odds or out of step with myself for as long as I can think. About a year ago I finally found some words for this feeling and came out to myself as transgender. Once I realised that this was my real narrative, I fairly quickly decided that I needed to embark on a more social, professional and physical transition in order to live in harmony with myself.

The first people I came out to were my dad and my best friends Emma and Ian, who were completely laid back and accepting. My dad simply told me that he hoped this would help me find my core and to ground myself. He has been a massive support. Emma and Ian have given me more love and help than I can describe. It feels like their patience and the way they held me through this journey made all of it possible. Encouraged by their reaction, I started telling more friends and family and again found that most people were completely accepting and positive. Looking back at it now, I think their acceptance was quicker than my own. Of course not all has been plain sailing and some of my family have been and are struggling but I am optimistic that in the end we will find a way back to one another.

Coming out at work was a hugely intimidating prospect. I have a fairly public profile due to the work I do and am involved with hundreds of people inside and outside of our organisation. I chose to speak to HR and my line manager first of all and again, I was blown away by their positive and pragmatic attitude. We developed a plan to put out internal and external messages and Frontier have been incredibly supportive in implementing those plans in every way. One of our company core values is ‘Integrity’ and I feel that this, alongside an enormous social conscience, is exactly what Frontier have demonstrated in their backing of my personal journey. There is a true drive to walk the walk and not just talk the talk. It is my hope that as an industry leader in so many other aspects, by publicly demonstrating their support of me, Frontier will help to pave the way for a paradigm shift in what is – let’s be honest – a pretty conservative industry.

Speaking of finding words for how I felt – I believe labels and names for who we are can be helpful in allowing others to understand us and also to allow the LGBTQ+ community to make political and social headway. On a personal level though, I believe these labels to be arbitrary. Sure, I was assigned female at birth but have always felt male. I also happen to be a guy who likes other guys, wear size 8 shoes and have brown eyes.

It is my hope that one day we will be able to look at one another and simply see who we are due to the many experiences and traits that we each carry and that none of those traits will mean we have to ‘come out’ about them. Until that day comes, however, it is a huge pleasure and a privilege to be part of the Agrespect community and to help to promote the message of equality and normalcy to the world. 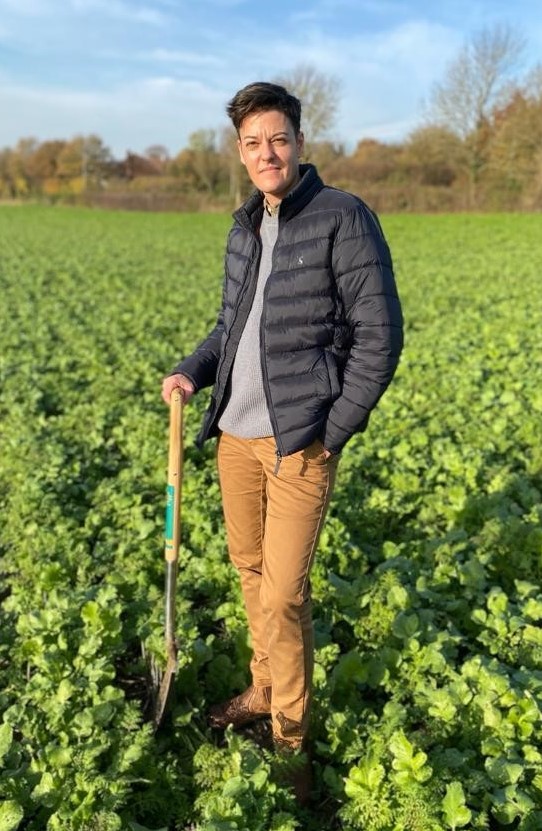