Growing up, there were nights when I sat in my bedroom, looking out at the family dairy and sheep farm and imagining the life I was going to have. From about the age of 10, I knew I liked girls, but didn’t think my family would accept me that way.

I didn’t know of any gay female role models and I couldn’t relate to the more butch lesbian stereotype. I’ve always loved children, so in my early teens I decided that the only thing I could do, was sacrifice my feelings for women, marry a man, have children and live for them.

Throughout my teens, I really began to resent the LGBT community. How dare they get to live their lives freely, when I had to sacrifice my identity to fit in? As my feelings for women grew, I doubled down on the denial and became actively homophobic, making jokes and comments amongst my friends and family, each time chipping away at part of myself.

I was desperately unhappy and at the age of 18 decided to go on a gap year in southern Africa to experience a different way of life. This bit of independence, on my return, gave me the confidence to begin telling a few of my close friends how I really felt. Eventually I started seeing a girl and told my Mum.

My Mum and I had just come home from her friend’s Christmas party. Perhaps it was the new and exciting relationship, perhaps it was the mulled wine, but we pulled up home in the car, she switched the engine off and I said “Mum, I need to tell you something… I’m bi-sexual”. I knew I was gay, but I wasn’t confident enough to admit it and I thought saying I was bi-sexual would lessen the blow and make life easier. There was a deathly silence, only broken when my Mum turned to me and said… “What’s bi-sexual?”. I told her and really regretted not telling her the whole truth, but she said “Lydia, you don’t do things by halves” and reassured me she still loved me. She told me that I didn’t need to tell anyone else, and that I can keep my private life to myself. We didn’t speak of it again for a year.

A year or so later I had a more serious girlfriend and came out to my uncle who lived in the city and was very open minded. He “accidentally” told my Mum and it all came out again. My Mum had hoped it was a phase and referred back to some of the homophobic comments I’d made when I was younger about players on my cricket team and that I’d told her I was bisexual. I had to come out again, but this time as gay. My family were supportive to me in the moment, but we never spoke about it afterwards, they never talked to other people about it and I felt that deep down they were ashamed of who I was. I moved to London where I felt I could be myself, and every time I came home, I jumped back inside myself. People would ask if I had a boyfriend yet, and I would say no, without explaining anything else. Before coming out for the first time, I thought I’d do it once and that would be it, but people make assumptions all the time and the fear of not being accepted is sometimes so strong that you omit that part of yourself from conversation.

Ten years on from my initial coming out and I’m living with my beautiful fiancée Amelia in the bungalow my grandparents lived, just a few minutes’ drive from the family farm. We both help out on the farm regularly (her more than I!) and feel completely included in the family. As a 10-year-old, I never thought it could be possible.

It’s taken a very long time for me to accept myself and feel comfortable with my sexuality and the biggest challenges have been in my own head, but a few things have really helped.

Firstly, seeing strong LGBT role models in mainstream media has been really important. My Mum and Dad really enjoyed watching Last Tango in Halifax, which portrayed the stories of two families (one of which was in farming), set in Yorkshire. As the plot played out we discover that Caroline, one of the main characters, who’s married to a man and has children, is a lesbian and she divorces her husband and begins a relationship with a woman. Her mother really struggles with this and the conversations that play out between the two felt really reflective of some of the experiences me, my partner and some of my friends have had when coming out to their parents or grandparents. At one point, Caroline says something along the lines of “For God’s sake Mum, it’s 2013”. My Mum repeated this line to me shortly after this episode and she also shared that she’d spoken to my Auntie about how she was struggling and my Auntie had said to her “you like dogs, and I like cats, we don’t know why that is, but we just know”. This, combined with Last Tango in Halifax, really helped my Mum to see that (to quote Lady Gaga) that I was born this way, she hadn’t done anything wrong, and there was nothing for her to worry about.

Secondly, Amelia is an actress and a few months ago, the Director of Photography on a film she was in was a woman. In the first few seconds of talking to her she had said “Last week my wife and I…”. At the time I thought, “Cool, she has a wife and she’s not ashamed to talk about it!”. As we got to know her, she told us that whenever she meets new people, she purposefully brings her wife into the conversation straight away, so that people don’t make assumptions about her sexuality and she knows where she stands. I’ve now adopted this same approach, and it’s completely transformed the way I interact with people and removes any awkward assumptions. It makes me feel proud and empowered and not at the mercy of other people’s expectations.

Finally, discovering Agrespect. I was very lucky to be introduced to Agrespect by Julie Robinson who I met by chance at a dinner just a few months ago. It’s so brilliant to read the stories of other LGBT people in agriculture and realise that there are likeminded people across the LGBT and agricultural community.
I feel extremely fortunate to be able to be myself. My partner and I plan to settle in the countryside, hopefully with a smallholding and some children of our own. I’m really looking forward to the future and for anybody who’s struggling, just reach out to this extremely supportive community. You can be in control of your own narrative, and you will attract likeminded people once you start being who you are. 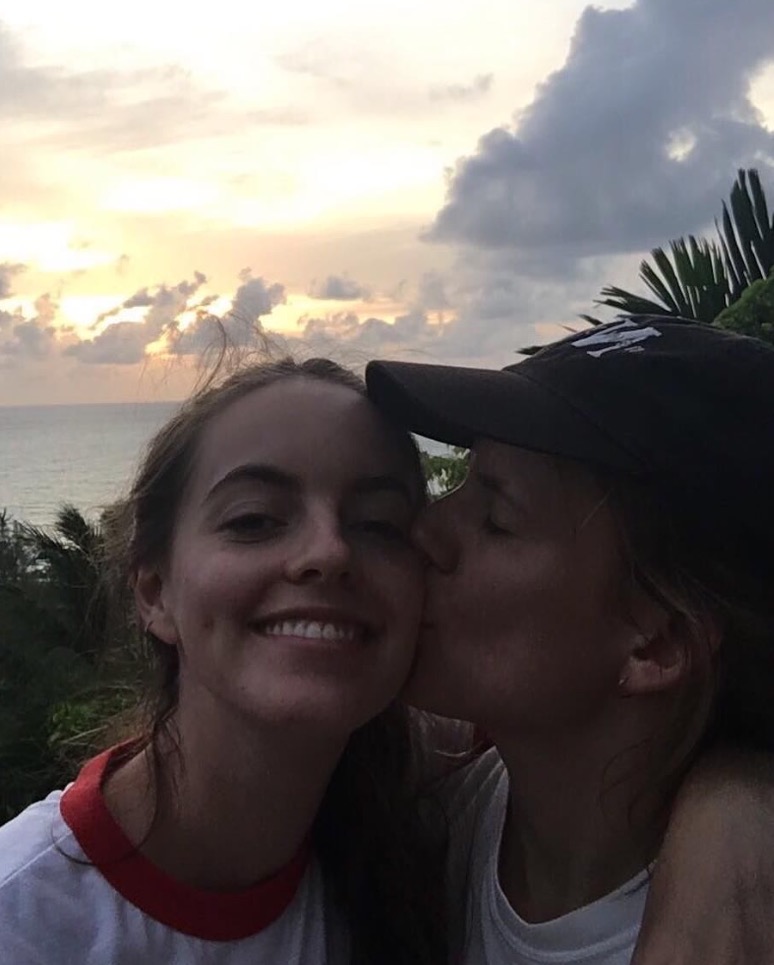 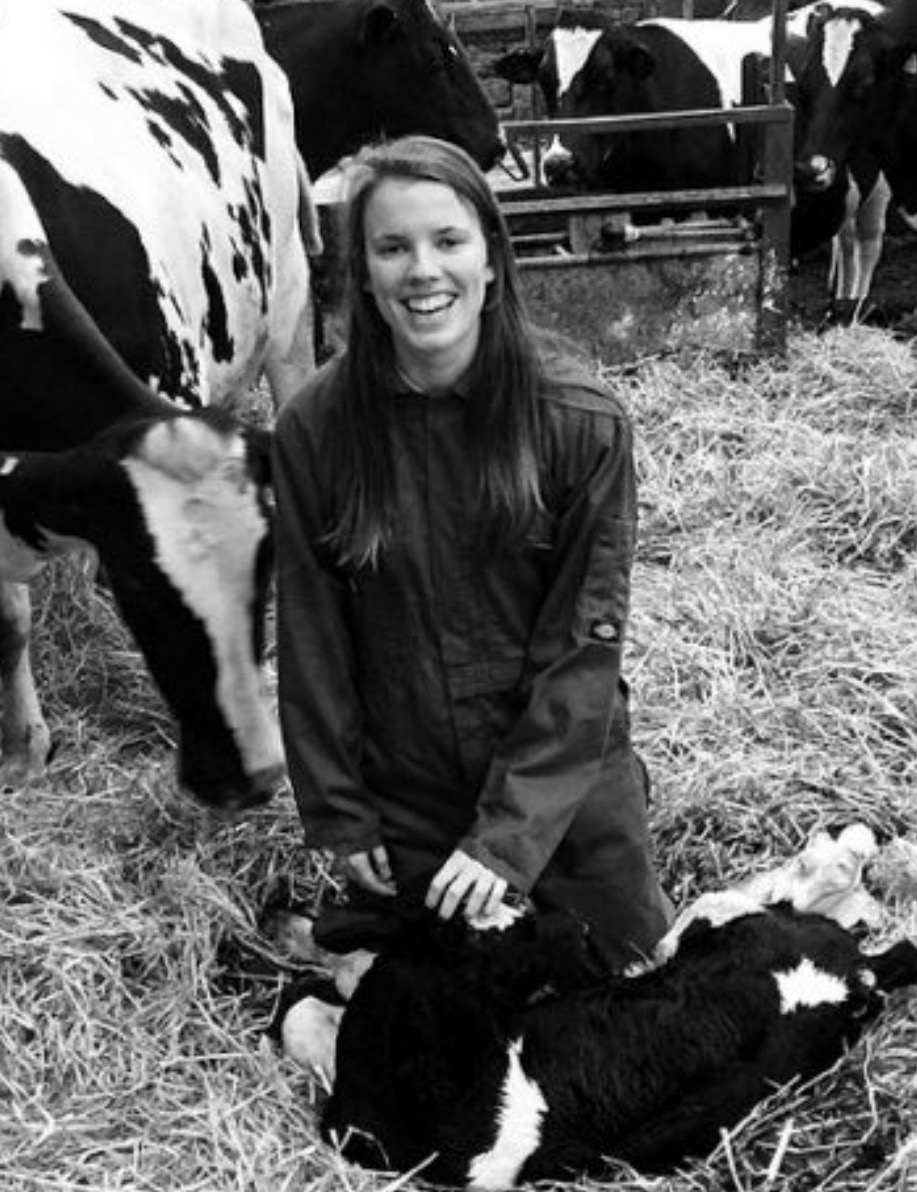 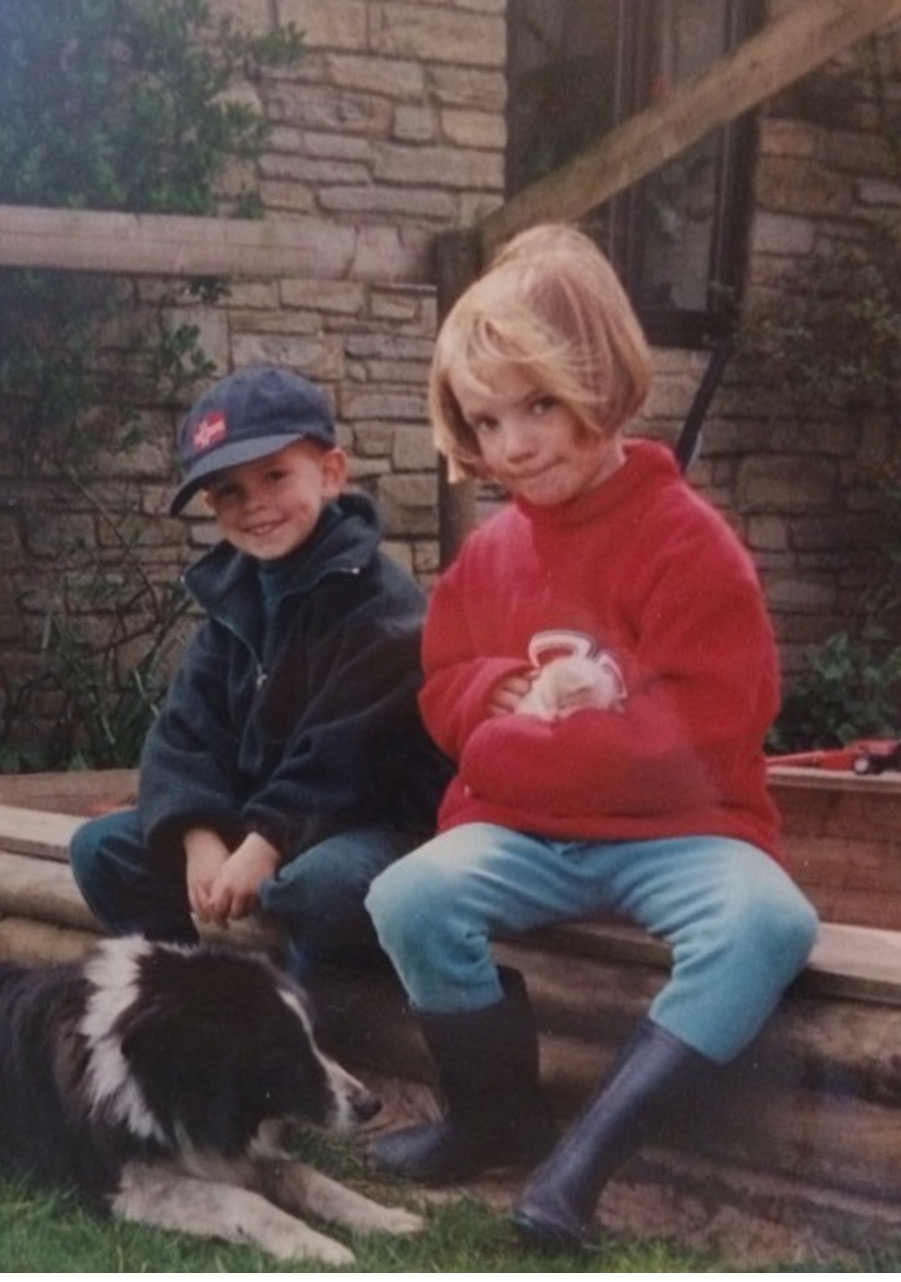