I am a Canadian farmer and one of likely many rural guys who have believed for too long that it’s not possible to be a gay farmer.

I assumed that to be a farmer I had to hide the gay, or that to be a gay I had to move to an urban center and hide the farmer. Building a farm business was my obsessive dream and main goal, so choosing to be the farmer took priority. For whatever reasons, I didn’t realize it was fine to be a rural guy who likes soil, forage crops and livestock and also be a guy who likes guys.

I took a long time to figure myself out and even longer to be ok with it. I spent my 20s convinced I was completely non-sexual and non-relationship oriented and that I should just be alone forever.

I’ve since come to understand that loneliness is simply a feeling – it is not who you are or how you need to live forever just because you are feeling it. I told the first person that I am gay just over a year ago at 33. While it took me a long time to talk, I haven’t had a negative response yet and other people’s opinions have not been the struggle I expected. It was my own thoughts that were the biggest obstacle. I definitely had stereotypes in my mind of what reactions I’d get from rural neighbours or farming peers, but they’ve confirmed for me that it really is the people within Agriculture who make it the best place to be.

My main insecurity now is questioning what took me so long. Coming out seems like something done in a persons teens or 20s, not afterwards. I am somewhat embarrassed and ashamed for how long it took me to figure things out and accept myself and I do wish I could have been a fearless young gay.

I grow diverse, multi-species forage mixes on my farm. It’s easy to see in nature and in farming that diversity really is resilience. Chicory was a part of last years forage blend, but I was so disappointed in its early development. In year one I had written it off and had no expectations for it. Year two was a drought with little to no spring moisture. All the other plants were stunted and suffering but the chicory started poking through and producing. Unknowingly to me, it had been setting its roots and developing itself underneath the soil in the first year so that when it needed it, and when there was a time of stress, it had the root system to grow and thrive. There’s now a spot in every seed mix for a late bloomer, and I can appreciate there’s nothing wrong with building yourself and taking your time.

I’ve learned so much from farming and nature that has really helped me understand myself, or at least accept what I still don’t. But it’s also easy at times to resent my farm. It’s required so much personal sacrifice to build my farm business and I’m sure I could lay some blame on it for what took me so long. I also suspect an isolated, rural life was something I sought out when I was so uncomfortable around people. My farm has definitely been my crutch and its easy now to hate it for that.

But the reality of a crutch is that you get one when you need it. A crutch really is what holds you up and keeps you moving. While my farm has often consumed me and taken too much, I needed it to and I’m thankful I had that place to pour myself into and find joy and passion when it wasn’t anywhere else.

I’m so glad no one ever forced me out or asked too many uncomfortable questions while I dealt with myself. That chicory couldn’t have been forced to grow – a bud picked open will just wilt and die. I’m glad I was given that patience and care by those close to me, even those who likely knew enough to know.

I’m also thankful for the timeliness of more open discussion about mental health in agriculture in the last few years. While sexuality struggles is likely not perceived as a leading farm issue, it is one on a long list of rural issues – isolation, weather disasters, commodity and financial crises, consumer attacks and production risks – all leading to increasing levels of depression on farms across the world. American rural suicide rates are 45% higher than in urban centers. The reasons and struggles vary but this new, open discussion among farmers is likely our best way to support each other when we don’t have easy access to urban mental health resources. Social media agvocates who’ve opened up online over the past few years have been really helpful for me to understand that it’s ok to not be ok.

Through social media I’ve also been able to peer in to the lives of other gay farmers around the world. I’ve been able to see them successful, respected, capable and happy. There’s such a stereotype of what a farmer needs to be and while obviously not all farmers are gay, we’re not all in overalls with pitchforks either.

I’m glad my rural discussions so far have been well-received because agriculture really has to be an inclusive industry where diversity is visible. Not only because it’s the right way to treat each other, but also to fill labour gaps and to support farmers who might not see themselves in traditional agriculture roles. In Canada our agriculture labour shortage cost us $2.9 billion in lost revenue in 2017, so we absolutely need every capable and qualified job applicant to feel welcome. In Canada we’ve lost 70% of the number of young farmers under 35 in the last 25 years, so we absolutely need every aspiring farmer to know they can be a farmer and be themselves.

We will need all of our farmers to keep our food systems efficient and to maintain vibrant rural communities. There’s a place for conventional farmers, organic farmers, small farmers, niche farmers, female farmers and urban farmers… and, while it’s taken me a long time to understand, I know there’s also a place for the gay farmers. 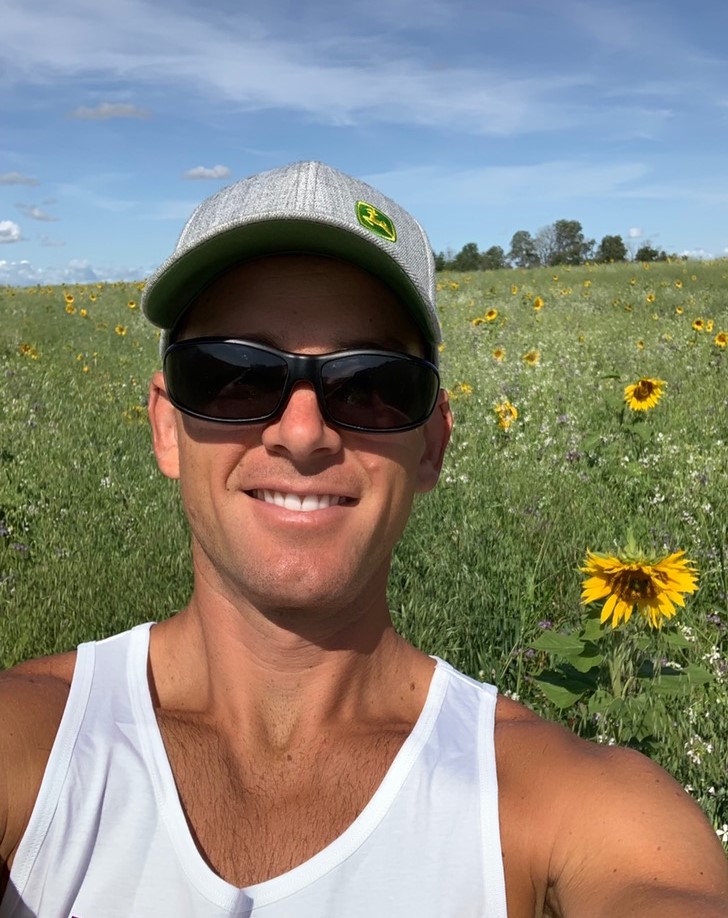