We are (as they say) a normal family; Nick and Jane and then 3 kids Ben, Sam and Abbie. We live and farm in Somerset, however the kids have little interest in making farming a career despite their love of our home and the farm on which we live.

To be honest we didn’t give a 2nd thought about Ben, Sam or Abbie being “gay”, then again we didn’t give any thought to them being “straight” – the idea these things have to be thought about or declared sort of baffles me a bit, I also don’t understand why vegans must declare they are ‘vegans” so maybe that’s just me.

The reality is we never spoke to any of the kids about any of these issues because we simply didn’t, not because we didn’t want to or know how to, we simply didn’t realise or think it was something we needed to do, instead we brought the kids up as best we could. I must confess I use to seriously worry that I was ‘a good dad’ – was I fair, too fair, too tough, too stupid, too out of touch etc to be the good dad our children deserved – Jane tells me I was and still am, I just hope this to be true.

Ben (on the right in the photo) gained a place at Westminster on a media course, he landed one of 50 places from over a 1000 applicants; Ben’s bright, he’s clever, he is determined and good at what he does. But he has to work at it because he doesn’t get out, if he doesn’t put in, unlike his brother Sam who – as an 8 yr old – could chat away with his friends in class to the despair of the teacher who had been trying to teach, and when instructed to repeat what the teacher had said over the past 5 minutes, Sam could repeat it word for word!

So Ben went to Uni in London and we missed him on a serious level; until then there had been 5 of us in our family and we (the other 4) had driven him to a strange place, dropped him off and driven away! But after a bumpy period he got into the swing of things and made a great group of friends from all over the country, many of whom we now call our London Kids!

So each Spring the tribe would turn up at Castle Cary station, on buses or in a menagerie of old cars. They’d sleep in any space, drink, eat and laugh as they were ferried to the pub in the cattle box. There were a good mix of girls and boys and all simply friends with the odd relationship thrown in, and I suppose Jane and I would wonder who we would see Ben getting together with but at no point did we think too hard about it, why would we?.

Anyway the annual pilgrimage to Somerset was planned, but Ben said he was coming down for the weekend before to sort a few things, nothing odd despite him never doing that in the past – Jane and I are a tad slow on the uptake from time to time! To be honest we really liked having him to ourselves for a few days before the rabble arrived. However the weekend he came down was simply full on with all sorts of stuff going on around the farm etc, so we never actually got a quiet moment to chat for an hour without some other interruption.

Jane and I had a friends 40th on the Saturday night and Ben had to be back in London, so we dropped Ben back at the station and headed home to scrub up! Now the kids have (god knows why) better mirrors in their rooms than we do, so dressed to impress I popped into Ben’s room to check myself out, and there on his bed was a note that went like this (extract).

“Dear Mum and Dad, leaving a note seems a bit gay! But then again appropriate perhaps because I am gay, I haven’t needed to tell you before now but as I have met someone I think I should, I hope you’re ok if I bring him next weekend….”!

I called Jane down, she sat on his bed and read the note, looked up and said “Oh my, I always thought it would be Sam”!

Now for me the concerns about being a good dad took over with multiple questions kicking in “Why had he not told us? Was he afraid to? Why wait so long etc”, so I rang him, he was just pulling into Paddington.

He answered with his usual cheery “Hi Dad” – I told him we had the note and asked him one straightforward question “Were we the sort of parents that he was worried about telling ”? He replied without hesitation that he hadn’t been worried and he knew he could tell us when he needed to! I remember telling him I loved him more that day than the day before, but not quite as much as I would the following, and with that we went to our party the happiest proudest parents possible.

The following day we were having a Sunday roast with Sam and Abbie, we told them Ben had told us he was gay; Abbie said she knew! How did she know I asked? “I found the note first” was her reply! As is with the world, within 24 hours she had found Ben’s partner on FB and they were “friends”!

But Sam’s response was probably the most telling part of the difference between generations, he simply said “You lot (our gen) think about these things too much”! How right he is, because despite Jane and I actually not giving it much thought, it was a sense of huge relief to us we had enabled our son to live his life without concern. Ben’s Gran felt the need to “announce” it, whereas the gran kids generation simply didn’t bat an eyelid. Although I do recall one of our “London girls” after a glass of wine or 6 saying “Why the fuck did it have to be Ben?!”!

So the kids all turned up from London and we greeted them at Cary station, around 15 of them alongside Ben’s partner who had never been to Somerset, never been on a farm and unfortunately had parents who didn’t make his life quite so easy – we had no time for that nonsense, we had a wonderful weekend of the usual stuff, the only difference being there was a new face amongst us and he was very welcome.

So the kids all dragged their weary legs onto the train on the Sunday evening, Ben’s partner got an overdose of hugs from a Somerset farmer and off they went! Back at home, my brother (Ben’s godfather) was erecting a shed on the farm, I told him we had the best weekend and had met Ben’s partner. James’ reaction to Ben being gay was something I will remember, “Ah, is he ok – you know – happy etc?” I confirmed he was to which James replied, “Good, now what colour roof sheets do you want?”!

Ben parted with Callum after 4 years or so, that was a tough time, nothing to do with being gay, just that horrible relationship, heartache break up stuff we all go though.

So where are we now? Well Ben met Camilo early in 2016, they currently live and work in Montreal, have bought their first property and are possibly heading off to work in South America early in 2019.

But more important than that, more momentous than anything else next year – Ben and Camilo will be joined by their family, friends and our London kids to celebrate their wedding on our farm here in Somerset!

Live your lives kids, it’s your time, forgive some of us oldies for being a tad slow with keeping up with the world in which we live. You are loved. 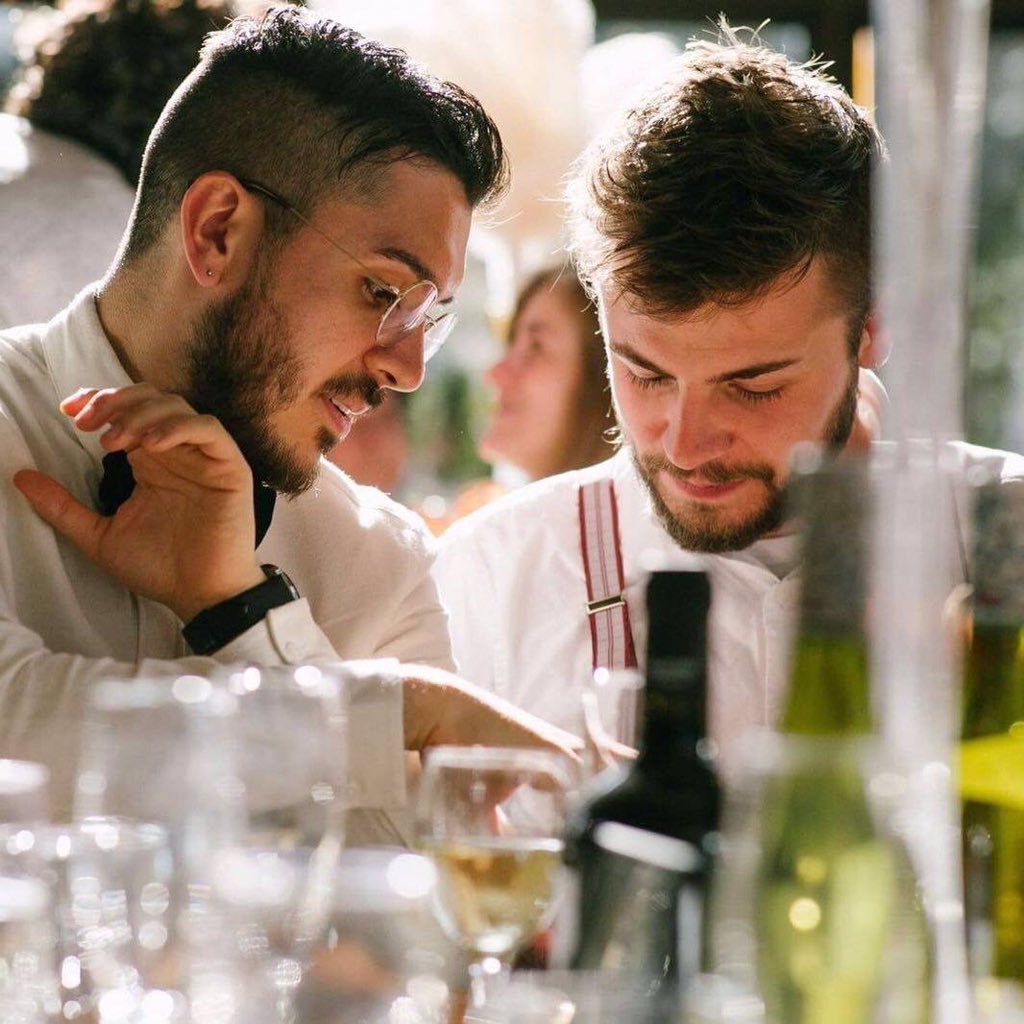