but now I have finally found my true authentic self, albeit pretty much late in life. A real slow burn for sure!

We are all defined by external forces and by the people we know, love, work with, have just met and even by those that we don’t know.

When people ask you “What do you do?” their enquiries are often unknowingly gendered and loaded with stereotypical preconceptions. This reinforces our own behaviour of being whatever people expect you to be. That was very true for me.

For most of my life I didn’t feel authentic living as a man but I successfully met the expectations of the male gender role. I was a keen motorcyclist, riding trials, motocross, sprint and hillclimb. I am a first wave ex-triathlete and have swum cycled and run in some very varied venues in the UK and completed my final sprint triathlon at sixty years old.

I am an agronomist and have worked primarily in that role for many years now, almost too many to think about?

I have been working for a large independent potato merchant and packer, supplying the major UK retailers. Being the only agronomist in a department of one has suited me very well having worked independently for the majority of my life in many crop protection roles from contracted services, sales, technical advisory capacity for global companies. I have had a focus on development trials, compliance, testing, and pesticide use advice, primarily for new product development and compliance purposes.

It is only two years since I came out but I am already much further down my male to female transition road than I could have ever imagined. That was a very liberating moment and it felt a like a natural, matter of fact event.

Now, having been out full time for year as Pippa and with HRT, things are so very good. Not easy, but very good nonetheless. I have found genuine happiness and, having built a very large network of open minded people from every aspect of the LGBTQ+ world, the world is a much better place for me now.

Life continues pretty much the same in my agricultural world but one event I will never forget was attending the PCN Symposium in September last year at Harper Adams University. I was asked to present and then help sum up day one before the close with a crowded lecture theatre with specialists from around the world. It was very special moment for me.

I had only just come out full time at work and so I arrived the night before with an option to either attend the symposium as Pip or “otherwise”. The next day, I was late arriving, it was a wet blustery day and I had no time to change…so Pippa it was and I made my entrance in ‘The Welly”

Many people who had known me for years didn’t recognise me, only my voice gave me away. This gave me the great feeling that I could ‘pass’ and the rest is history.

Since then I have received such wonderful support from so many people from so many different parts of the world.

You wouldn’t believe the questions that get asked of me though! Yes, actually about me. For some, it seems acceptable to ask direct and personal questions that they wouldn’t dream of asking anybody else of either gender. It’s truly breathtaking!

Now that I am empowered by true authenticity, I take a very open and straightforward approach and I can easily take control of the conversation.

The classic question often is :

It’s so much more fun!

The spectrum of difference in the gender/orientation/biological sex – continuum means that we all have an individual journey, with different time frames and pace. No two trans* people are alike – we are all individuals.

However, from speaking to lots of other people in similar situations, common themes emerge.

For me, I always felt a duality within myself. Pippa had a ‘secret’ voice from my very earliest memories but this was a ‘fatal secret’ in the time and the agriculture community in which I grew up.

Things are changing now of course but there is a long battle ahead, I think, particularly with the current trans* backlash by high profile people. They should know better and also should be far better informed.

That has further crystallised my commitment to share my story with Agrespect to help in that sharing and understanding for wider audiences. We must not underestimate how big the LGBTQ+ community is and how much it contributes.

My ‘fatal secret’ took a long time to emerge. Although Pippa was hidden, she was always there – not as a complete and defined person, only partially-formed – but still very much part of me and who I was. From the youngest age, I simply knew I was different.

I couldn’t articulate it as a matter of gender or as ‘I want to be girl’ because I also had a very strong attraction to girls – an attraction which remains strong. However, from my early teens this was something that I could express in the way I dressed – conveniently the 70s!

It was later that I discovered that I was born with a DSD (now defined as an intersex condition). This explained so much and I understand that this also shapes many aspects of my character. With very conservative parents and a taboo world I was never told about this, it was much later when this confirmed. Thankfully things are now much better understood than back in 1958. The operation that I underwent as a baby wouldn’t  take place now.

However there had been clues all through my life about my truth. I found a letter from my mother to my grandmother where I was actually named as “Pippa” and I was always called Pip all the way through my teenage years until I was advised to adopt my given name when going into the world of work. Occasionally I get some email or some post from my home town area that still refers to me as Pip.

So, yes, a very circular life. After a first life where it felt like everything was on hold, I feel so very lucky to have been given a second life chance.

Best wishes to all, keep the faith! 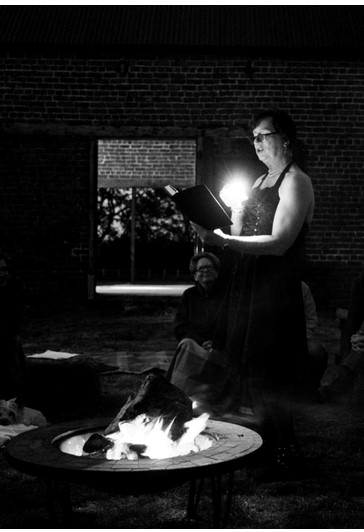