‘Those who matter don’t care, and those who care don’t matter’. Life is for living, so give it your best shot!

Growing up just outside London, I was never destined for a career in agriculture and it was never my intention. I have had a bumpy ride to get to where I am now but I couldn’t be happier and the journey has taught me so much….

In my teens, my family all moved to far West Cornwall for a bit of the ‘good life’. I went through school and college in Cornwall whilst staying very much ‘in the closet’. I knew who I wanted to be but fear of rejection, gossip and bullying stopped me. With an older, but severely autistic brother and a younger sister I felt a huge pressure to conform and produce grandchildren to carry on the family name. In my mind, this was never going to happen but how was I ever going to tell my parents that?

I’d always said to myself that I’d only come out if and when I needed to. I never felt the time was right to come out until I met my partner, Steve, 10 years ago in Cornwall during the first holidays of University. I hadn’t told anyone before that, not even my closest friends and it took most of them by complete surprise.

Mum and Dad were sat down and I said those few terrifying words. Initially it was taken well, or so I thought. Dad was great and said ‘as long as you are happy’ but Mum sat quietly. She avoided me for a few days and then encouraged me to go back to Uni long before term was due to start. Her view being that I would be able to see out this ‘phase’ there.

We didn’t speak for a good 6 months and I think she was more worried about what other people thought than I was.

That being said, Mum and I sorted our issues and now have a very close relationship. Her fears, I guess, were ultimately because she loves me and wanted me to be happy, with a successful career – something she didn’t think I would be able to do as a gay man.

Her reaction shocked me and everyone around us. My parents both met and worked in the city in their twenties and you’d expect a little bit more of an open mind and acceptance of diversity. If someone from the city couldn’t accept me, how on earth were the agricultural Cornish community going to accept me?
My Dad and my closest friends at Uni were my rock through it all and put up with a lot of tears and I will never forget the support and love that they gave me when I needed it the most!

My stepfather is a farmer, growing potatoes and brassica vegetables and the rest of my Uni holidays over the next couple of years were spent helping him out on the farm. Planting cauliflower, harvesting potatoes and generally getting in the way. This sparked my love of agriculture and pointed me down the path I now follow. I enjoyed the science behind growing the crops he grew and I learnt what an Agronomist was.

After university I landed a job as a trainee Agronomist in Cornwall, something I had never considered as a career but one which I absolutely love. I am conscious that I live in a very rural area which is somewhat old-fashioned at times and for that reason I don’t tend to shout about being gay, especially at work. But if someone were to ask me about it, I will never lie. My local team at work all know and I feel totally accepted by them.

My love has always been livestock and animals, my teens and early twenties were spent showjumping my horses all over the country, alongside keeping a few pet lambs each year, reared for the freezer.

In 2016, aged 25, Steve (a marine mechanic) and I fulfilled the dream securing the tenancy of a small farm locally to where we lived. The small existing sheep flock which we ran on small blocks of rented paddocks expanded rapidly to where it is now at around 250 breeding ewes. We keep Pedigree Lleyn, Blue texel and Suffolk sheep as well as a flock of commercial sheep. Our ‘hobby’ keeps us very busy alongside our full-time jobs but we love it and wouldn’t have it any other way.

Our new neighbours, all farms like ours, have been completely accepting of ‘the only gays in the village’ and are considered good friends – we thank them for that.

It’s taken me a long time to accept myself and my sexuality but marching with Agrespect at Brighton Pride recently was a huge turning point for me. I felt inclusion, acceptance and love. To hear 500,000 people screaming ‘we love you gay farmers’ as you walk the streets next to a tractor dressed in the rainbow flag is an amazing feeling and to meet other likeminded farmers who I now consider friends was exactly what I needed.

There is, I feel, a long way to go in gaining ‘acceptance’ of the gay community from most of the agricultural world but as people learn and generations change, so do peoples views and ideas.

One day we wont need to put our stories up on platforms like this to be accepted for who we are. 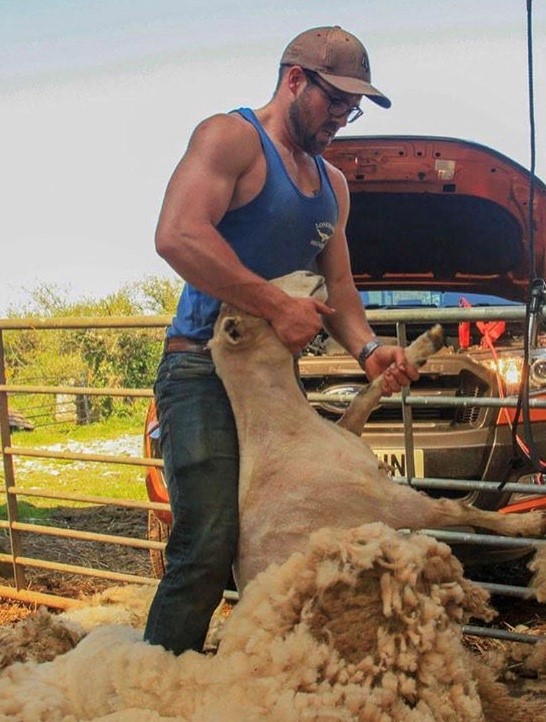 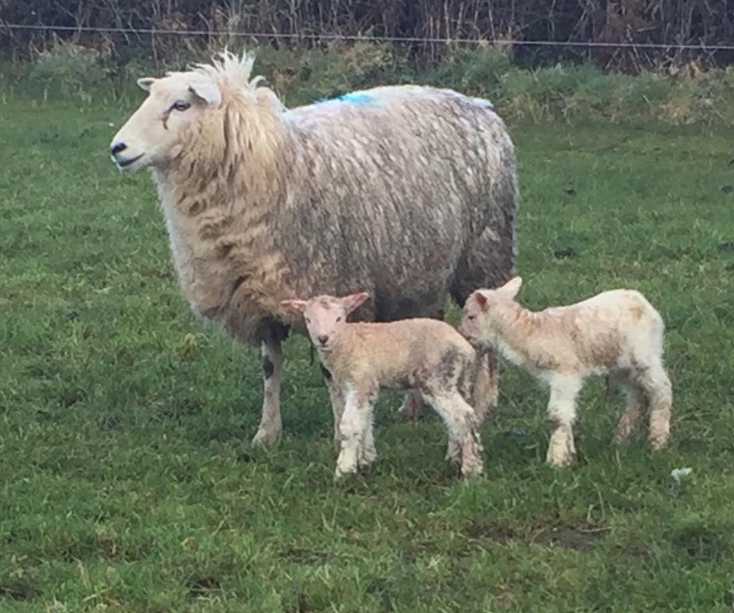