Somethings in life are obvious, others are less so. Growing up on a farm in Somerset it was obvious from a very young age that I was destined to be working in agriculture. From my first word, “tractor,” to using a combination of Farmers Weekly, tractor books and brochures to learn to read. As I got a little older, 12, asking the agronomist unreasonably difficult and with hindsight most likely irrelevant questions.

Despite the attempts of some teachers to dissuade me from Agriculture the path was set and after A levels I went to Reading University and studied a course in the School of Agriculture. My choice of Reading and a large urban university was not for reasons of sexuality, more to ensure I mixed with a broad range of people and learnt to talk about more than tractors and wheat.

Since University I have had an enjoyable career, first with Bidwells doing consultancy for farming, supply chain and food businesses and for the last 7 years at Monsanto (now part of Bayer Crop Science) in account management and technical roles. I have been fortunate to have opportunities available to me in my career and get to network widely within this great industry. Alongside this I was able to take over and manage the small arable farm in Somerset that I grew up on in 2018.

Sadly life outside of work was rather less enjoyable, I have had the fortune of good friends but never felt comfortable and certain about who I was until the last few years in my 30s. I didn’t really accept being gay until aged 30. Despite the signs being obvious long before – it was the issue I didn’t feel I could deal with, especially when I wasn’t aware of those who had gone before me with this challenge in agriculture.

One of the barriers to me accepting myself was worrying about how I would be accepted within the industry which I love. I spent 15 years worrying about it. This did nothing for my mental or physical health, let alone enjoyment of life.

I am sure that many people had worked it out, the lack of girlfriends and diversionary tactics whenever that topic of conversation arose must surely be a sign. It wasn’t until my 30s that I started to have many gay friends and through talking to them I started to feel more comfortable with who I was. The challenge of coming out was still to come though, and it wasn’t a challenge I looked forward to.

Then whilst the sun was shining in mid 2018 I became aware of the Agrespect initiative via twitter (from which I am now having a break). The most striking thing about Agrespect for me was the reaction the initiative and the stories were getting and the extraordinary support from across the industry. This was uplifting to see and so my confidence started to rise. I made contact with some of those whose stories I had read to seek advice and support. My confidence continued to increase but the biggest challenge was still to come.

Then in mid-November 2018 I made the first step and told my parents; their reaction was very positive and this made me so much happier as the ‘journey’ began. Telling the rest of the family was very easy, Mum did it all with a level of efficiency I could not have matched.

I then focused on friends, this is the stage I had always worried about more, with most of my friends involved in the industry in some-way. I made no further progress until early in the New Year when a tipping point was reached and I had the confidence to act

On the 2nd of January I began telling friends. I thought this might take me a month or so getting the confidence to tell each one, in practice the responses were so positive I had told most people within a few days.

For the first time ever, I could tick off a New Year’s Resolution (I am ignoring a previous compliance with a resolution to eat more chocolate which was accomplished with even greater gusto).

I have not yet received a single negative comment; the slightly homophobic jokes have dried up and the banter has become a lot more fun since I could be honest.

I am now happier, healthier both physically and mentally and most importantly I can be myself without worry. I have no doubt there will be some difficult times or people ahead but my worries about coming out in this industry have proved unfounded. I am extremely grateful to those behind the Agrespect initiative and those whose stories have gone before. It has made an enormous difference to me and one that has made my life happier. It took 15 years to get to this place but now I can focus on the future and get back to talking tractors. 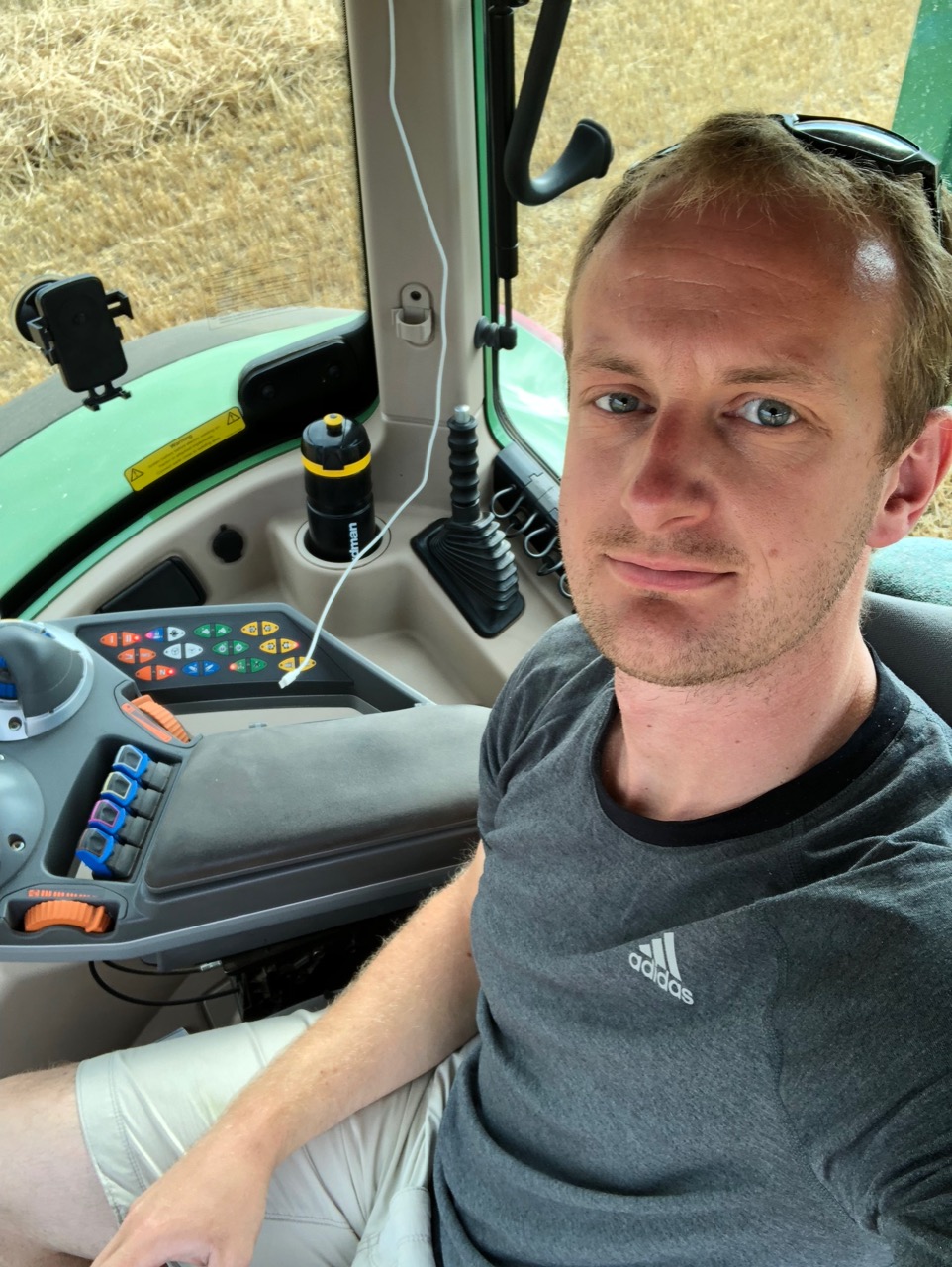